Award-winning baker Chef Martin shares his knowledge about the different King Arthur Baking flours available on the market, including cake, pastry, all-purpose, and bread to specialty flours, such as rye, Kamut™, spelt, and einkorn. In this live event, the chefs come together to discuss the properties and use of each flour, proofing techniques, and the science of baking. 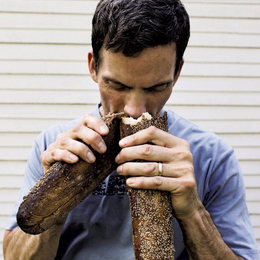 Martin Philip is an award-winning baker and author. His book, Breaking Bread: A Baker’s Journey Home in 75 Recipes (HarperCollins, 2017) is a Wall Street Journal Best Seller and was awarded the best cookbook of 2018 by the New York Book Industry Guild, as well as the 2018 Vermont Book Award, and Grand Prize at the New England Book Festival. A native of the Arkansas Ozarks, he is a sought-after voice in the world of bread and baking. He is a MacDowell Fellow and a graduate of Oberlin Conservatory. Martin is the Baking Ambassador for the King Arthur Baking Company and lives in Vermont with his wife Julie Ness and their three children.