Josh Johnson, Jacquy Pfeiffer & Scott Samuel - What Chocolate Product Should I Use For My Recipes?

In this live event Chef Jacquy Pfeiffer and Chef Scott Samuel invite Chef Josh Johnson, Pastry Chef from Guittard Chocolate to discuss the different types of chocolate products and how to use them for your different recipes.

We will also be reviewing some of our videos from our three online courses to give you detailed information on the best chocolate for the job. 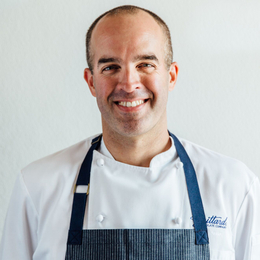 Josh has competed in and won the National Pastry Team Championship with team captain Donald Wressell and teammates Scott Green and Della Gossett. The team went on to win Best Dégustation and Silver Medal overall at the 2012 World Pastry Championship in Las Vegas. Josh also competed in the 2015 Coupe du Monde de la Pâtisserie with teammates Scott Green and John Kraus, coached by Ewald Notter and Donald Wressell, where they brought home the Bronze medal.

Josh started working in pastry as a teenager in his uncle’s pastry shop in Illinois and honed his skills training under the tutelage of mentor Sébastien Canonne, M.O.F., and pastry chefs En-Ming Hsu, World Pastry Champion, and François Payard. He was Executive Pastry Chef at Everest in Chicago, co-owner of Cocoa Bean Fine Desserts in Geneva, Illinois, an instructor at The French Pastry School and, most recently, Head Pastry Chef at Destination Kohler in Kohler, Wisconsin.

He is inspired by chocolate’s infinite variety of flavor profiles and its versatility as an ingredient that can also be sculpted and shaped to delicious and delightful effect.