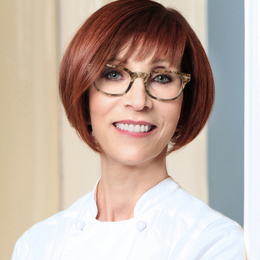 Not sure about the right tools to have in your kitchen? Spatula-Curious?

Join Chef Fran Costigan as she discusses and shows you her must haves and her like to haves.

Any suggestions for cookbooks or references with the no oil, vegan way?

You know, we have the Forks Over Knives course, which is a no oil course and culinary are X as well any of the esselstin cookbooks? There's a brand new one out by Jane and her mom what? I just saw it. It's like women warrior or something like that. But any of those cookbooks esselsten? Would be my way to go the engine to cookbooks as well. You know, you can get some nice results. They're not going to be exactly the same in my cookbook vegan chocolate. For example. my breakthrough cake my signature cake is called the chocolate cake to live for so it's done with One quarter cup of oil that's two ounces of oil for 12 servings. There is also a gluten-free version and there's also a no oil added version. Because I made that cake for rip esselstin's wedding and I wasn't going to bring a cake with oil to their wedding and it was good. It took me a while to figure out how to do it. It's good, but they're not exactly the same so. Just keep at it use, you know, you'll be using dates and things. Thank you Patrick put the the new cookbook in there. So I would look at this book. I would also look at the engine to cookbooks.