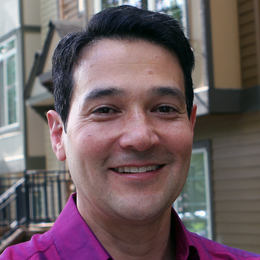 Join Chef Eric Wynkoop in his virtual office as he welcomes all of your questions. This event was created for you and we encourage you to ask anything – from cooking techniques to co… Read More.

how do you prep and use Jackfruit?

You know jackfruit has been a popular food and much of the world for a really long time. I'd say in in recent years. It's gained more traction here in the US anyway, you know, especially as plant-based cooking has come more to into the mainstream and folks have been reaching for jackfruit in particular. To mimic the texture of certain meat preparations. So in particular shredded meat preparations, like pork and chicken and so, you know Jackfruit depending on its degree of ripeness can certainly be used in Savory or sweet applications. The more ripe it is, you know, the more sort of fruity sweetness and sugars are developed and you know, we would use it for smoothies or ice cream or it just to eat on its own as a dessert whereas in it's less ripe form. While it still has you know, certain distinctive flavors, they're not quite as pronounced and the sweetness isn't developed so much. There might be some residual sugar but not not a lot compared to its ripe State and so in its less ripe state is when we use it in Savory applications again primarily to mimic the texture of certain meat preparation. So, you know in terms of prepping it Um, you know, when we go to the store see the Jackfruit can be quite large and you know, very often we don't need a whole Jackfruit. So when you go to the store, you might find just a portion of a jackfruit a quarter or an eighth of a jackfruit for example, and you know when we get that home, we want to sort of open that up if it's a whole one just slice it right down the middle in order to expose all the Flesh on the inside and basically what we're trying to use are those little nodules or or packets that you'll see throughout the fruit and within each one of those is a big pit. And so the the rest of that fiber around the edges often isn't used and there's you know, we'll end up capturing most of the fruit once we pull all those little little packets of goodness out. All right, and so, you know those then can be consumed raw if you wish and or you can apply any cooking method you want to them? Okay, you know if you're trying to mimic a shredded pork, you know sort of a texture then at some point. We want to finish it up with a dry heat method in order to evaporate the moisture tighten up the texture and bring out more of the the stringy fiber which mimics that screeness of a shredded meat. Okay, and you know, we often will start with a moist heat cooking method whether it's brazing or steaming in order to soften up the the fruit before applying dry heat to finish the seeds, you know, which are pretty good size. Those can be eaten as well and very often they're simmered right or boiled in order to cook them all the way through and you know, they can be eaten kind of like a like a small potato or or a big nut something like that. There's gonna be a pretty tough skin that needs to be peeled and then you can enjoy you know the inside of that seed Um, so, you know jackfruits are very versatile. And generally easy to handle, you know, the one thing that makes them a bit of a challenge is that they're very very sticky inside and so a recommendation is to apply oil to your knife. As you are slicing it open or breaking down those large pieces into more manageable pieces. Okay, and you know there I've seen you know, some folks like oil up their whole knife including their handle and I would say avoid putting oil on the handle of your knife only because it increases the risk of your hands sliding off the handle and bumping into the blade and some fashion and perhaps, you know cutting yourself. So oil the knife break down the Jackfruit real the blade as you need to okay, and then otherwise once it's open, you know, you might apply some oil to your hands right as well as you go in to break down that inner flesh okay of the Jackfruit. All right, but again, it's a super versatile fruit could be cooked eaten raw any cooking method really could be applied to it. You can incorporate that into preparations that are suitable for any meal period of the day and of course it's not restricted to, you know, Vegan Cooking per se right, but anybody can enjoy it and so have some fun with it. Thank you.