Knowledge Base > Char Nolan - Ask Me Anything (Office Hours) 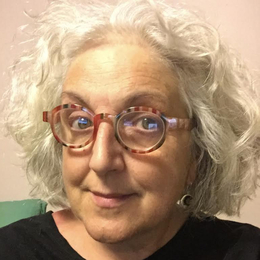 Join Chef Char Nolan in her virtual office as she welcomes all of your questions. This event was created for you and we encourage you to ask anything – from cooking techniques to cou… Read More.

For diabetes, what are your thoughts on oil, potatoes and rice in recipes. Some of diabetes plant based cookbooks include potatoes, rice, and even maple syrup. Thoughts? How can I replace some of these items in recipes?

So Charice first I'm going to say as I often do that. I'm not a registered dietitian, even though I studied at the Cornell class and learned so much about diabetes. so Going back looking at unprocessed Foods. Remember that our goal or some people's goals is to eat a whole food plant-based no oil diet and that means eating foods that are unprocessed if you look at processed foods, A lot of them have preservatives that are sodium base that can affect a person. I work in an under-resource Community where people really enjoy sweet Beverages. And so I've been teaching them to make sun tea and a grocery store called the grocery store outlet just opened and have been transitioning them to enjoy the flavor of stevia which is certainly better than using some of those other horrible sugar substitutes. You have to remember I always say to people that there's no refined sugar in this recipe, but there is maple syrup. And if you look at the ratio of maple syrup in a recipe comparing it to its counterpart that may have been granulated sugar generally speaking. It's triple the amount. so fiber is helpful as you know, so that's where we're using whole grains and the rice that you mentioned would be a brown rice if you were eating pasta it would be Whole wheat? And I think that here's my philosophy. Personally, I'm a person who jumps into the deep end of the pool. However, I know that not everyone is that way, so if we can teach people how to make gradual changes and how they choose their food and how they cook it. We're making progress. I'll give you an example at the Farm Stand where I work every week. I take the Bounty from the garden and I make it into a dish and a few weeks ago made a hummus sandwich with slice tomatoes. That one the top of the bread was whole wheat and the bottom of the bread was white bread, but when I served it to them, I served them the white bread part because I knew that if I had served it to them as whole wheat they would not have liked it at all and then they took a bite out of it and they loved it. So looking at small gradual changes, you know in the Jane and Anne esselstin book they do address this. I think the thing to remember is that we're working with people to take them away from eating. Ho-hos and milky ways and Little Debbie snack cakes and other things like that. So if you look at the ingredients and the chemicals and the amount of fat salt and sugar in processed foods having them have a little bit of maple syrup is I I think okay, and I know many many people who have reversed their time Type 2 Diabetes by following these kinds of recipes without using artificial sweetener and still using that little bit of of maple syrup. So a couple of things Jane and Ann's book which I hope you'll all enjoy is number eight on the New York Times bestseller list. So that's exciting. And the other thing is the Forks Over Knives magazine. It looks like it's not going to be available at your grocery store or at your CVS. So they're recommending that I saw this online. It's the only reason why I know they're recommending that you get a subscription to it. I enjoy the magazine. It has great recipes. We have a Rouxbe grad who writes for the magazine he travels the globe searching for restaurants that serve Whole Food plant-based no oil food. He'll be in Philadelphia at the end of the month. I'm excited because I get to meet him and take him to a couple of restaurants that I enjoy going to so Let's see. What else we have here. At least I hope that was helpful. I always loved your questions. Thank you so much.