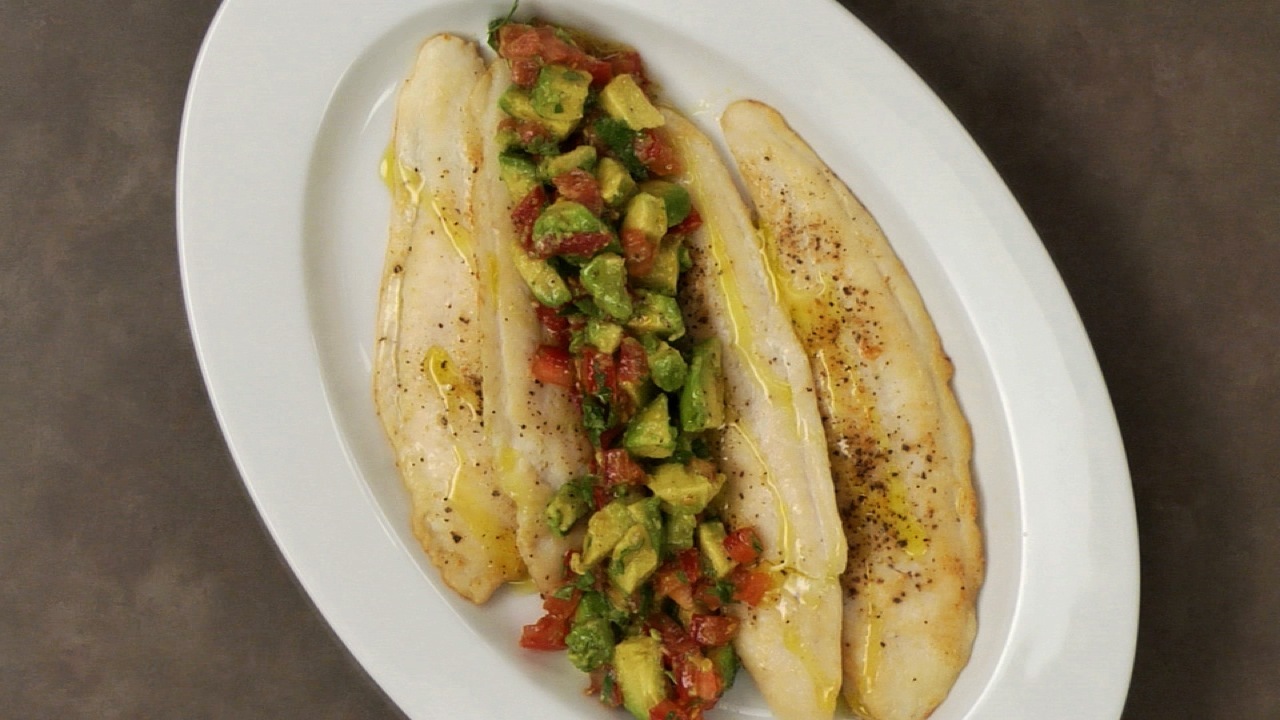 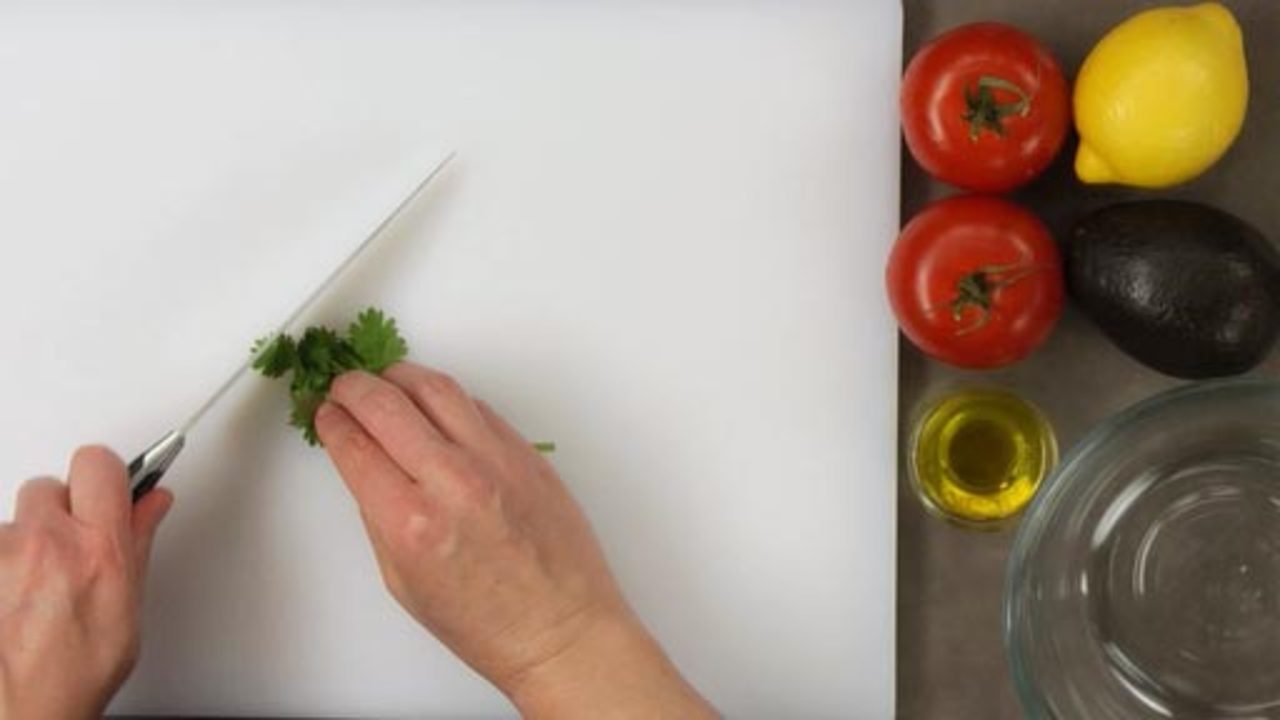 To prepare the salsa, first roughly chop the cilantro. Core and cut the tomato into small dice. Cut and dice the avocado and transfer everything to a bowl. Season with salt and pepper. Cut the lemon in half and squeeze the juice over your hand to catch any seeds. Finally, add the olive oil and, very gently, mix to combine. This helps to coat the avocado with lemon juice to prevent it from turning brown.

Step 2: Cooking the Fish and Serving 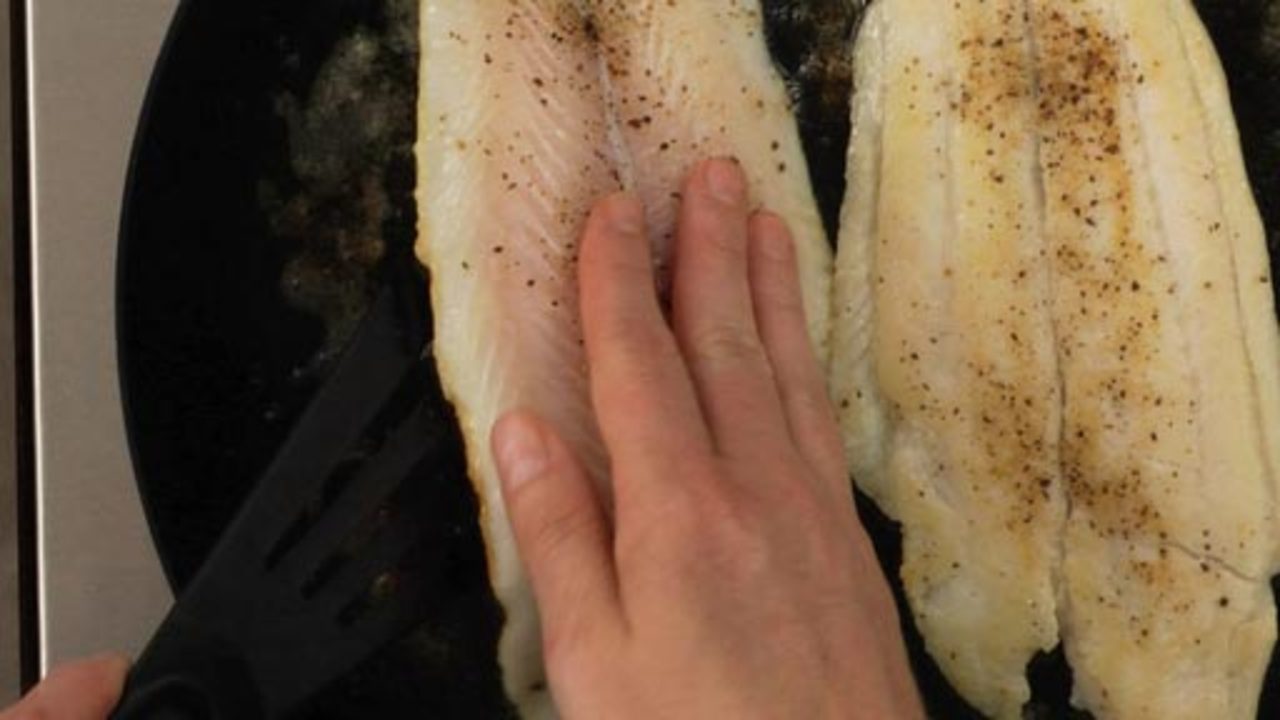 Step 2: Cooking the Fish and Serving

To cook the fish, preheat a non-stick pan over medium-high heat. Season the fish with salt and pepper. Once the pan is hot, add the oil and butter and let melt before adding the fish.

Once the fish is in the pan, turn the heat to medium-low. You don’t want a lot of color, so just let it gently cook. The fish is ready to be flipped when it starts to cook and turn white around the thicker part of the fish.

Turn the fish over and squeeze a bit of fresh lemon juice over top. To test if the fish is done, lift up the thickest part. If it doesn’t flake, it is not quite done. When it just starts to fall apart along its natural seams, the thinner side of the fillet will be cooked. Remove the thinner pieces and set aside.

The thicker pieces are done when they begin to flake. Test them again by lifting them up with a spatula. Once done, transfer to the platter. Squeeze a bit more lemon juice over the fillets. Gently toss the salsa and spoon it down the center of the plate. Drizzle everything with a bit of quality, extra-virgin olive oil and serve immediately.