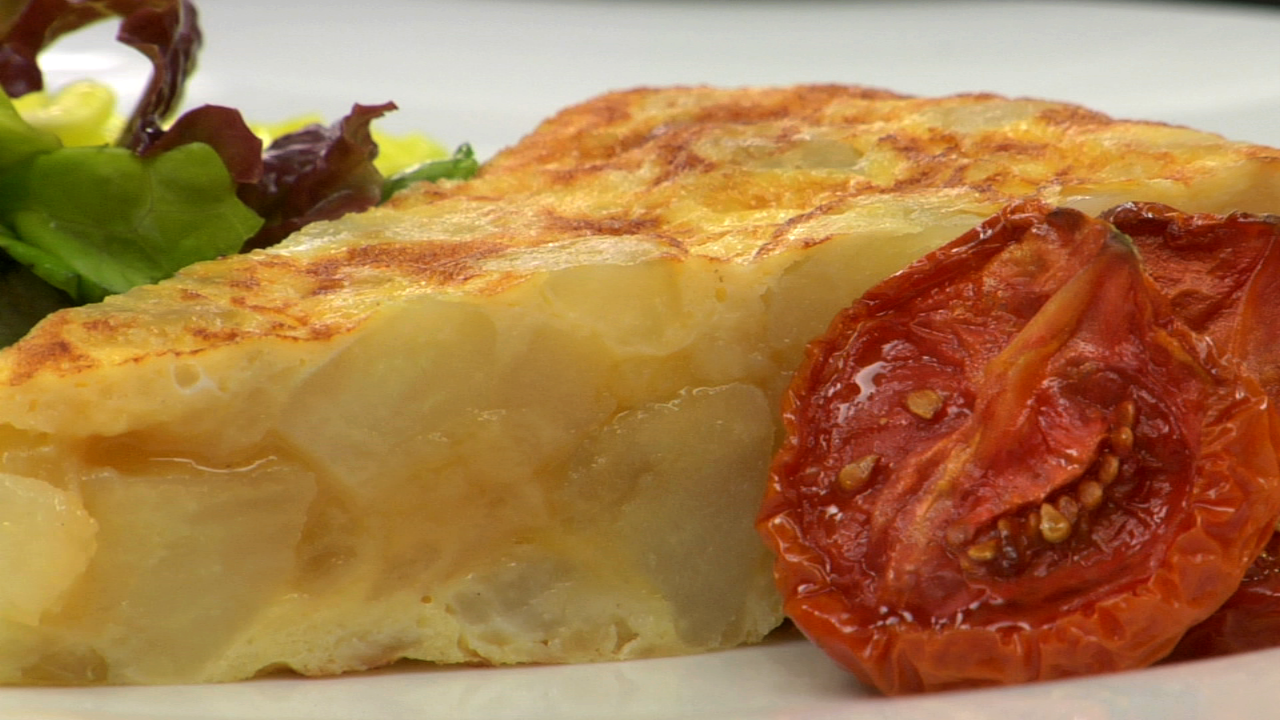 Straight from Spain - onions, potatoes and eggs are all that you need to make this famous tortilla. Dawn Thomas 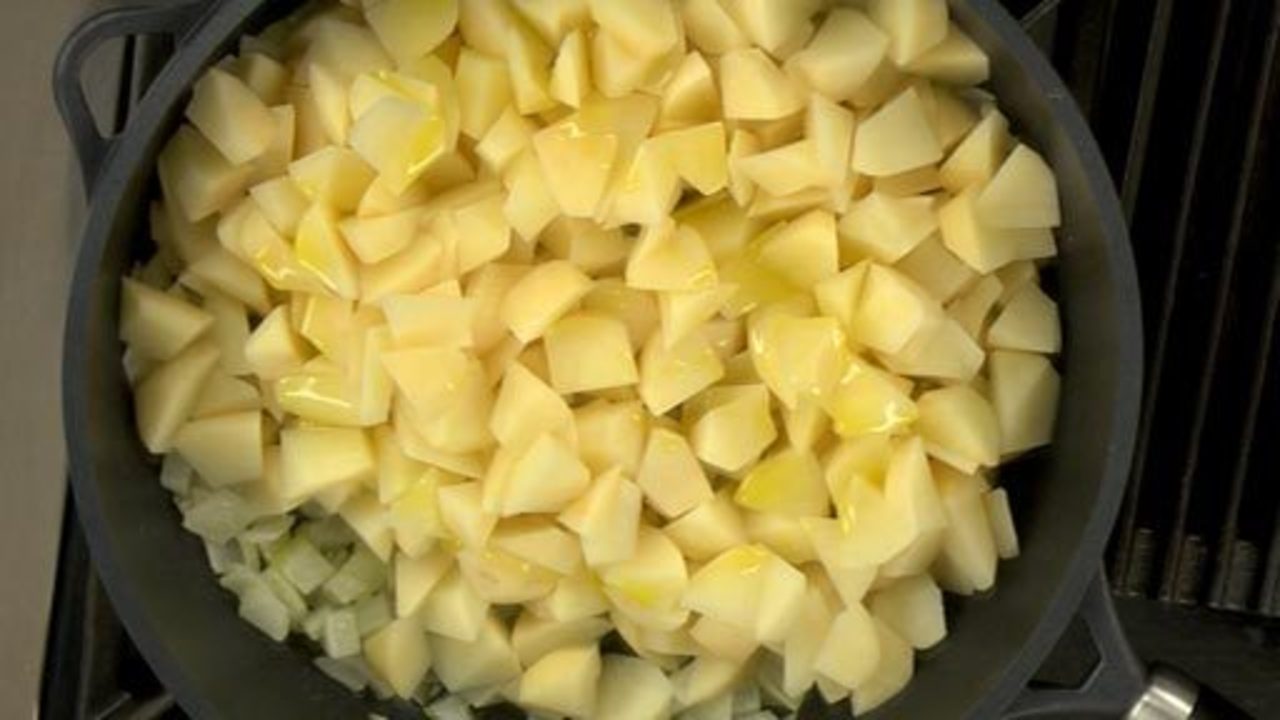 To start the tortilla, peel and dice the onion. Heat a non-stick fry pan to medium-low and add the olive oil, followed by the onions and salt. Stir and sweat until translucent. While the onions sweat, peel the potatoes. Once the onions are ready, cut the potatoes into quarters lengthwise. Using a small paring knife, cut the potato into little pyramid-shaped pieces, placing them into the pan as you cut them. Once you have finished cutting all of the potatoes, add the remaining olive oil, salt and white pepper. 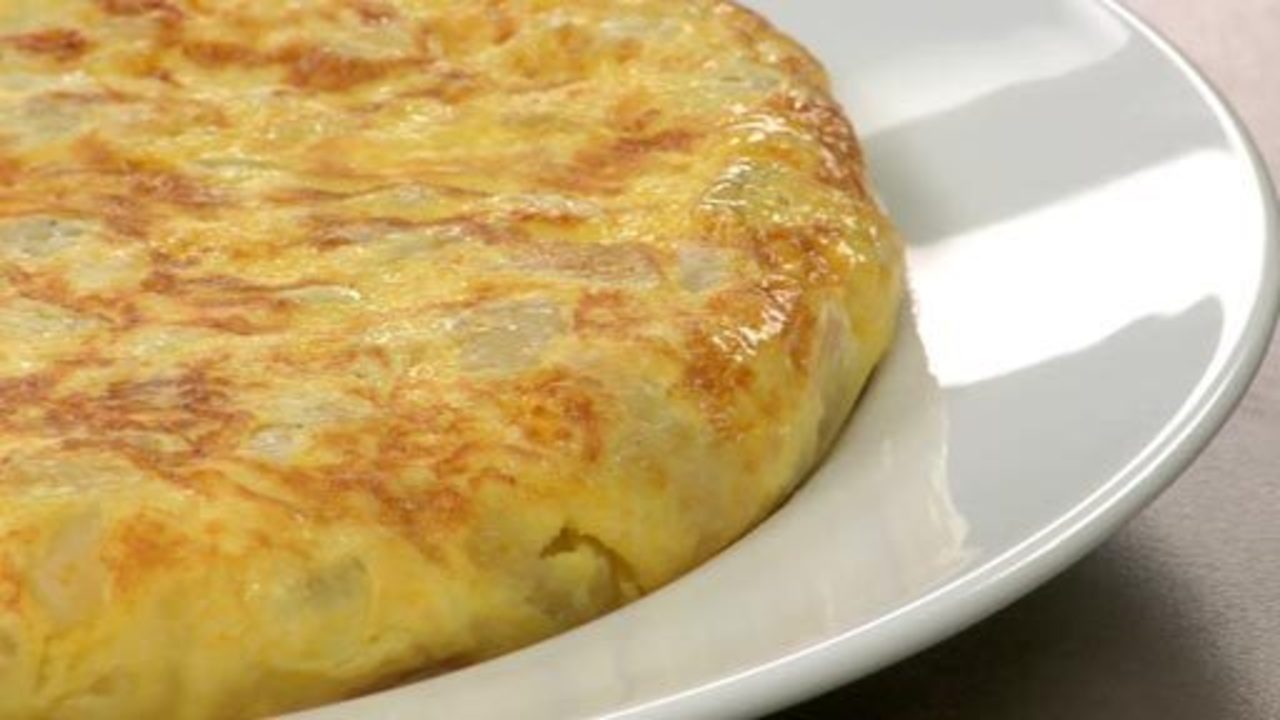 Whisk the eggs and pour over the potatoes, fold together.

Heat a 9" -inch, non-stick fry pan (see Chef Notes) over medium heat and add the oil. Once the pan is hot, add the potato and eggs.

Place the frying pan back onto the stove and drizzle with a bit more oil. Slide the tortilla, uncooked side down, back into the pan and tuck the sides underneath. Cook on medium heat for another 3 to 5 minutes. Use a large plate to flip the tortilla out of the pan. Allow the tortilla to sit for at least 15 minutes before serving. 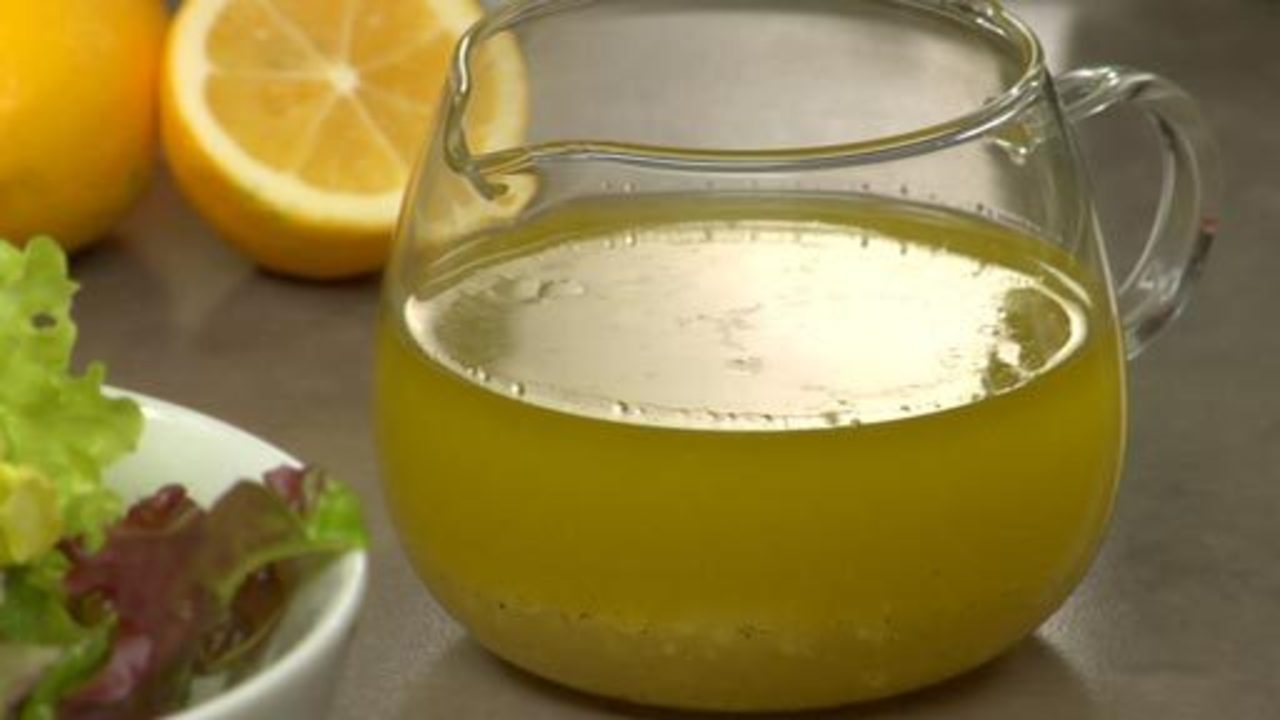 To make the dressing, first crush the garlic and place into a bowl. Add the lemon juice, honey, salt and pepper. Slowly whisk in the oil.

When you are ready to serve, spoon a few tablespoons of the dressing over the salad and mix.

Once the tortilla has cooled, cut into wedges and serve with a bit of the salad and a few oven-dried tomatoes for garnish.

This is not only a great appetizer but it also makes a nice light meal anytime of the day.

Tortilla:
The shape and size of your pan is important. You will need a pan with curved sides that is about 9" -inches in diameter. Also, make sure the pan is non-stick and has sides that are at least 2" -inches high.

This is an example of how good just a few simple ingredients can be when put together. Tortilla de Patatas (Potato Frittata) is one dish that is on every tapas menu in Spain.

Salad Dressing:
Because the tortilla has such simple flavors, try to use a really good extra-virgin olive oil for the dressing. It will stand up nicely to the tortilla.

This will make more dressing than you need, but it will last for quite a few days in the refrigerator. It is a great, everyday dressing to have on hand. For the salad, you can use whatever lettuce you like, preferably ones that are more delicate, such as green and red leaf or butter lettuce.